Quick question – What Story are you Creating & Telling Today? Enjoy!

Here’s a special gift from our 12 year old daughter. She wrote this when she was 11 and just recently, with the help of musician and producer friends coming around her, recorded this music video – Blessings & Enjoy!
(Note: This song is also available on iTunes here.)

One of the things I often encounter when interviewing someone who wants to create income in a new arena (such as network marketing), is a fear of moving beyond their current identity and status. This fear, or dilemma if you will, is one that anyone can encounter who’s being called beyond where they are now, especially if they’ve spent years developing skills, a reputation, and achievement in a certain arena, or even if they’ve simply gotten comfortable with what’s already familiar and what they already know how to do.

So today regardless of your background – whether you’re an at-home mom or dad; a student, a teacher, or an employee; an author speaker, or coach; an athlete or artist; or a business owner or professional; or something else – here’s my question for you:

Are you being called – do you have a desire – to create and contribute beyond the current professional or personal identity and role that you’re in?

And if so, do you have the courage to step beyond where you are now?

Whether or not it actually manifests as you doing something different, 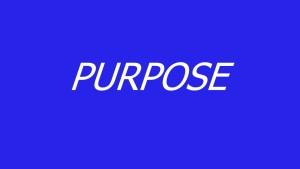 there is a new level of freedom when you’re no longer attached to being seen, appreciated, or needed in a certain way. (Or conversely, no longer limiting yourself with such statements as “I’m just a…” or “I’m not…” These are statements of identity that unconsciously put a lid on how you see yourself, who you could become, and what you could do.)

I remember when being a home-birthing doctor gave me a special relationship within my particular church community – drawing to me relationships, respect, and people seeking advice – and it was a very rich and fulfilling experience. I even remember the wonderful feeling of being appreciated as the “hero” at some difficult births.

Yet there came a point when to expand our practice and serve more people, we began stepping into a partnership with midwives, moving more into a supportive role rather than being the “primary practitioner” at a birth.

At first I felt like something was missing, but I eventually reached an internal place where serving the outcome – a wonderful birth experience for the couple and family – and serving people – was more important than my actual role and recognition in the process.

That became an incredibly freeing transition, and opened up new doors of exploration, creativity, and contribution in life that have eventually led to where I am today.

Some may wonder – what about their degree and years of schooling, or what they’ve invested in their current career or role – and what I’ve discovered for myself is that rather than that being “wasted” or tossed aside – that’s all part of the “ingredient mix” that have gone into who I am today, and that I bring to the table with every interaction in life and business.

Much like a mom or dad who may walk away from years of schooling or professional achievement to be at home for a time, or someone who may choose to go to the mission field or develop another part of themselves and the gifts they can bring to the world – nothing’s ever wasted…it’s all still part of who you are…you’re just no longer letting any of what you’ve already done or achieved define or limit who you are and what you can do.

Two examples of professionals –- who also happen to be a mom, and a dad — that have continued to create beyond the identity and roles they had previously, are Dr. Valencia Ray, a fellow MD and ophthalmologist (“eye doctor”) — who now shows women and professionals how to see beyond their “blind spots”; and Tanveer Naseer, who has a rich technical, business, artistic, and leadership background that he integrates into the coaching and writing he brings forward today.

Another key example is Dr. Fern Kazlow, a holistic practitioner and business coach –- and also a home-schooling mom — who continues to bring forward her gifts in wider and wider arenas.

“Forgetting the things which are behind, and stretching forward to what is before…” (Philippians 3:13) — though given with a deeply spiritual context, this quote conveys a principle that has broad application to all areas of our human experience.

And realize, I’m not necessarily talking about doing something different than you’re doing now, but rather coming from a different place – a place of freedom from attachment to being seen in a certain role or identity – that may open up fresh perspective and possibilities — either within your current work and relationships — or it may indeed lead to new outward forms as well, just as it did for me. 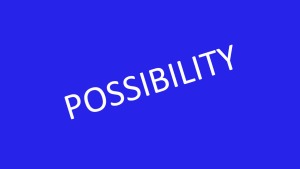 So in closing, let me ask you again – is your identity holding you back, or is it something malleable that you can use as a springboard to greater and greater levels of exploration, development, and contribution?

If you’re willing to create beyond your current identity and step into the exciting “unknown,” it could become a deeply fulfilling – and freeing – journey.

So here’s to the freedom and exhilaration of creating beyond where you are now, and how you see yourself today.

P.S. Are you currently in transition or looking to expand your income or your impact beyond what you’re doing now?
Explore further at Work with Dr. Ben.

Here’s some thoughts I video’d out on the back deck yesterday
afternoon – the camera is a little jittery – but I believe you’ll
benefit from the content.

And for those of you who like to read, here’s a couple thoughts
I shared in an email with someone I’m mentoring last week that
reflect lessons that I’ve been walking out as well:

Are you familiar with some of the Old Testament stories of the
Children of Israel wandering in the wilderness? Moments when
there seemed to be no water or food, and the next moment when
God brought them water from the rock or manna to feed them?

The problem is we keep looking at what we can see, getting
discouraged and/or expecting more of the same…and so not much
changes…

but at any moment things can change as we shift our expectations,
starting with practicing different thoughts…and affirming and
giving thanks for every little seed and sign along the way – even
when it’s just an idea and a possibility and nothing visible yet –
so it can grow and expand into our actual experience.

Here’s a verse that reflects this profound spiritual principle in
a poetic way, regardless of your particular faith background –

“Through faith we understand that the worlds were framed by the
word of God, so that things which are seen were not made of things
which do appear.” (Hebrews 11:3)

Would love to hear your own stories of holding the vision and
belief of something “not yet seen”…and taking action toward it…
until it manifested in your own experience!

Here’s to your expansion into new possibilities and results this week! 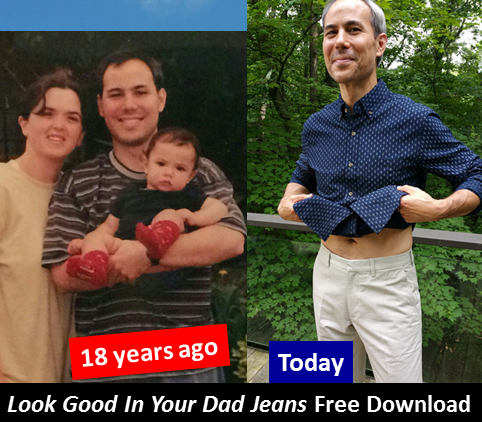